Posts from the ‘Dublin’ Category 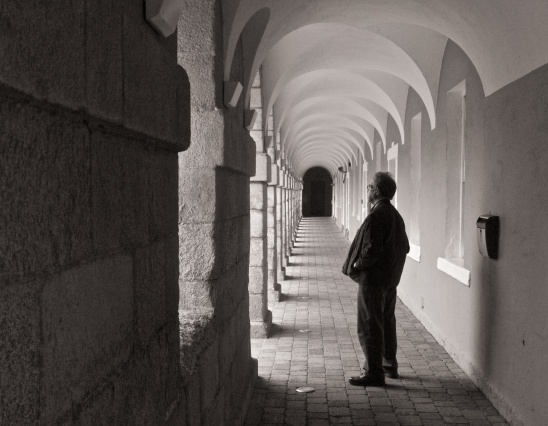 Inside a Martello tower 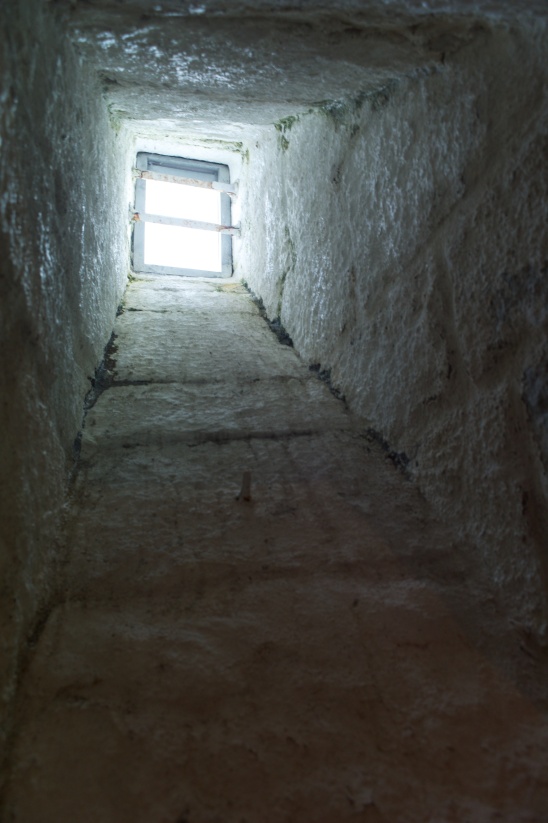 Getting ready for B….sday, Ulysses readers line up to do their bit 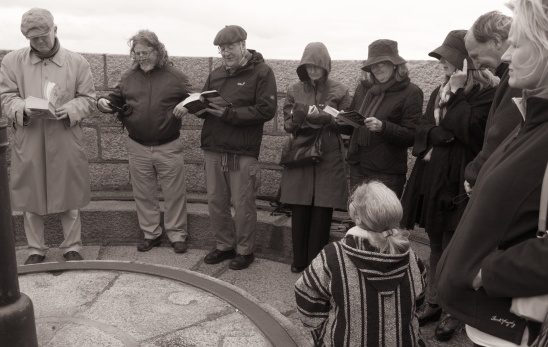 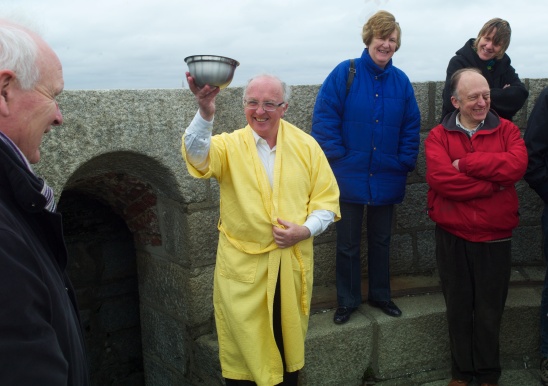 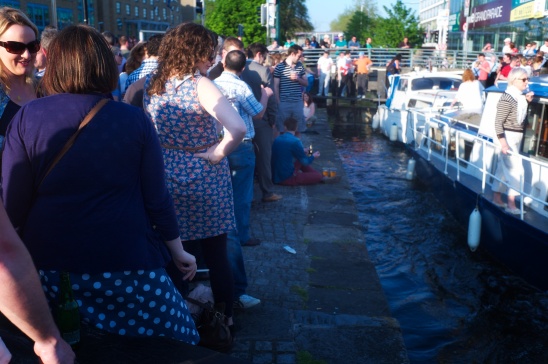 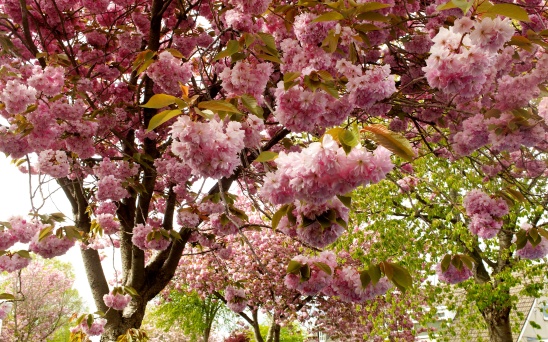 Dawn at Sandymount: memories of Proteus and coming down the steps from Leahy’s terrace 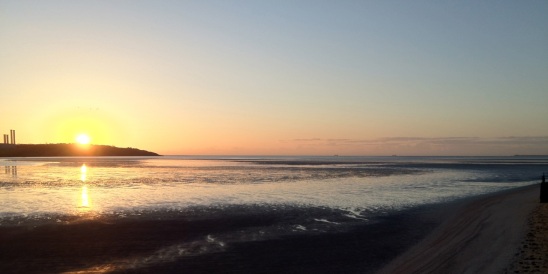 Thom the Diceman, gone but not forgotten

Image of a Diceman performance at the Project Centre in Dublin for the opening of Kevin O’Farrell‘s Swimmers exhibition. 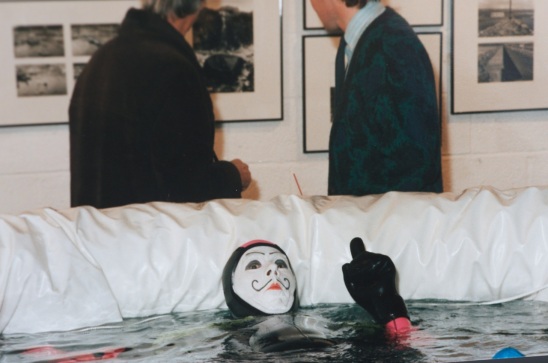 Thom McGinty (1 April 1952– 20 February 1995), known as The Diceman, was a Scottish actor, model, and street artist specialising in mime, who spent most of his career in Ireland, where he became a landmark living statue and honorary Dubliner. He was born in Glasgow in 1952 and was a member of Strathclyde Theatre Group in the early 1970s before coming to Ireland in 1976 to work as a nude model at the National College of Art and Design. The name “The Diceman” came from one of McGinty’s employers, The Diceman Games Shop that was located, first, in an arcade on Grafton Street, Dublin, and then on South Anne Street.
McGinty specialised in standing in the street, stock still and in complete silence, and in costume, for long periods of time like a living statue, and would disturb his immobility only to perform his trademark broad, saucy, pantomime wink to reward anyone who put money at his feet. 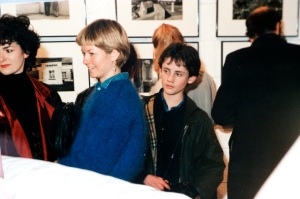 During the 1980s and early 1990s, he became well-known and popular for performances on Grafton Street where he worked as a mime artist or otherwise performed in costume, to advertise the Diceman shop. When that went out of business, he was hired to advertise various other establishments, including Bewley’s café, and he also promoted political causes through his work such as gay rights, the Birmingham Six, and human rights in Tibet. He lived for a time in the early 1980s in Baile Éamon behind Spiddal in County Galway where he formed The Dandelion Theatre Company.
He died on 20 February 1995 after a sudden decline, aged 42. His coffin was carried the length of Grafton Street by his friends past a large crowd, and was accompanied by long and sustained applause. In 1997, the Lord Mayor of Dublin, Brendan Lynch, renamed a corner of Meeting House Square in Temple Bar as “The Diceman’s Corner”, where a plaque commemorates him.
Notes from Wikipaedia, images by myself
see also tribute on YouTube

This is what the screen was telling us as we filed into the auditorium for a live performance of Massenet’s “Manon” from the  Metropolitan Opera in New York City where it was just coming up to Noon, for for us it was 5pm and we were in a cinema in Ireland. Other audiences around the world were also gathering, soon we could see the audience in New York taking their seats. 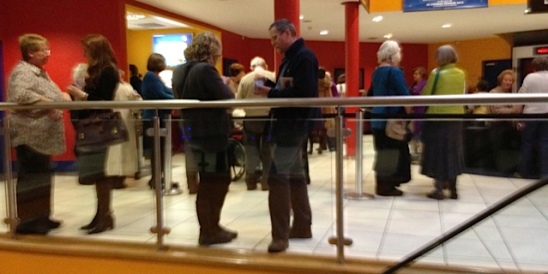 The music was magic, the performances great. The use of the technology was really impressive, live satellite feed in high definition, great sound. Interviews with the conductor and performers during the intervals (two of them twenty minutes each), time to nip out to the supermarket in the complex. 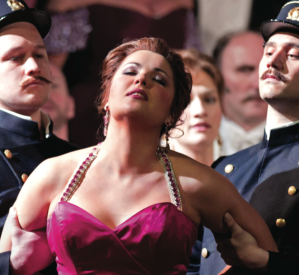 Only the lucky ones have tickets for “Traviata” next week which brings the season to a close. With intervals it was four and a quarter hours. Easy for the beginners, prepare us for the big ones to come, encores of the Ring cycle running up to five hours at a time! 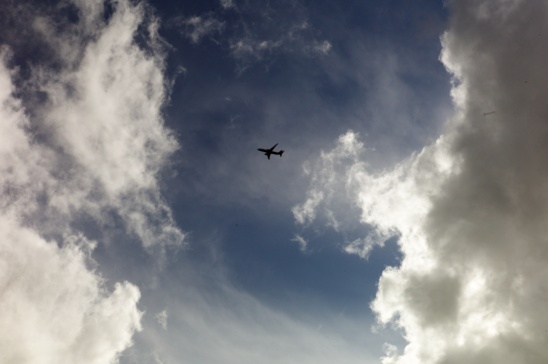